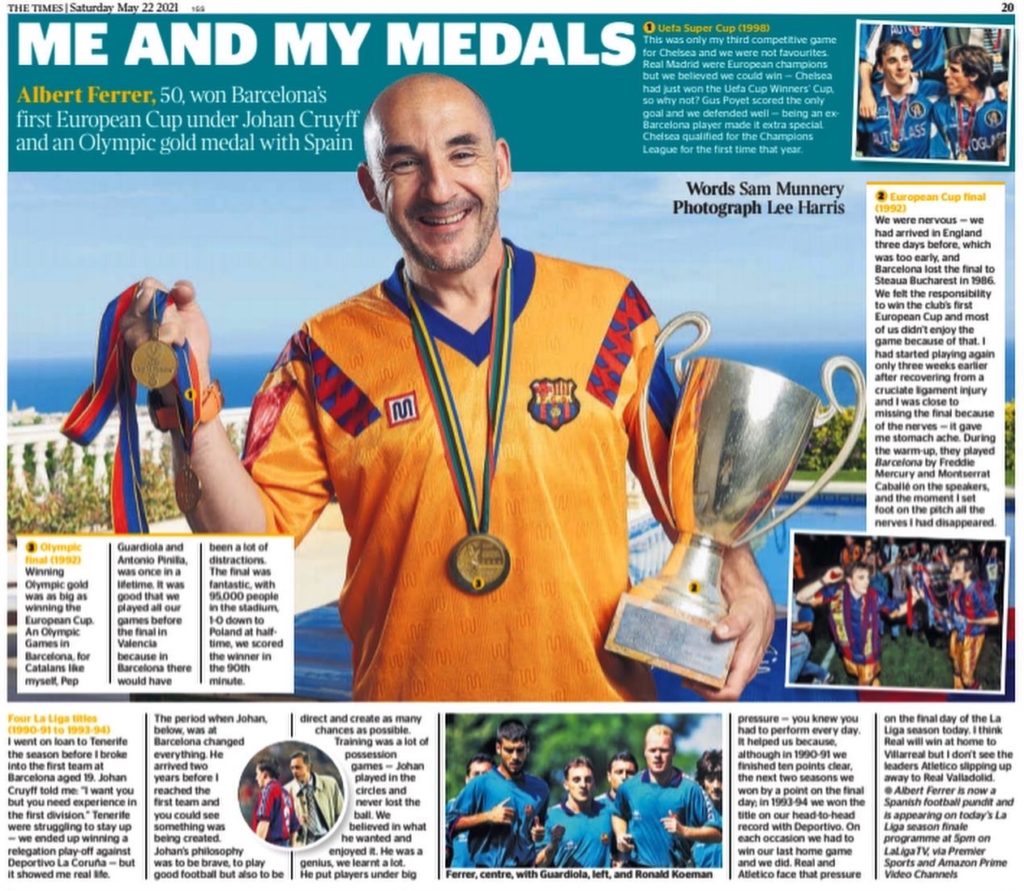 Though Covid has affected work terribly I did get a couple of jobs from UK newspapers which tend to be interesting and relatively well paid jobs.

Albert lives out of Barcelona in a small town called Masnou. I went with my friend Brett who has a car and a keenness to meet celebs.

Well, famous football players at least. it makes his son jealous as he was at a football academy in Barcelona.

It was a lovely day and a drive up the coast is no bad thing. The last 1 KM though was a labyrinth and someone had sent us the wrong address.

I was told we had maybe 1.5 hours to do the shoot as there was an interview after. We wasted 30 mins trying to fin the house.

We homed in via phone and him standing on a terrace way above where we ended up, waving like royalty to the masses.

Time was of the essence.

The brief was to get images of him with his favourite awards. It’s a regular series in the Times newspaper.

We set up a table outside but in the shade. I lit the scene with a couple of flashes and managed to also squeeze the sea in as well.

Albert Ferrer is quite a nice guy. He has the air  that a lot of defenders probably have; probably can handle himself in a punch up.

He played for Barcelona during the Van Cruyff era and then for Chelsea.

Though speaking very good English every other word was an expletive. He said playing for Chelsea did that to him.

According to The Times. “Ferrer rates 1992 as the best year of his career as he won the league, European Cup and Olympic gold.

As is usually the case the client used a different image to the one I liked which I have therefore included below. 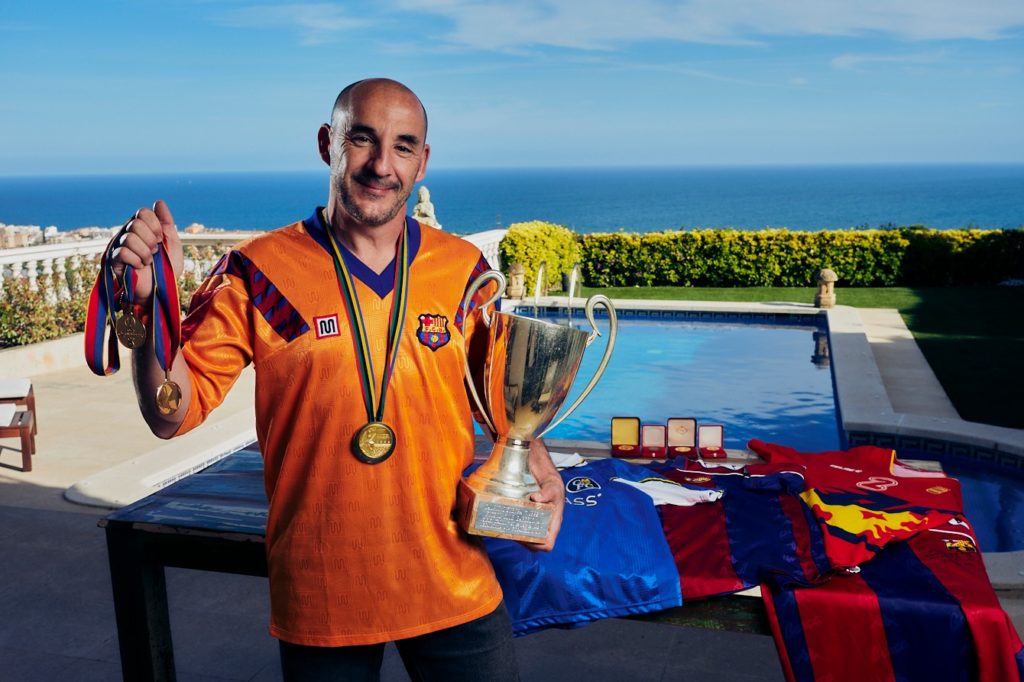