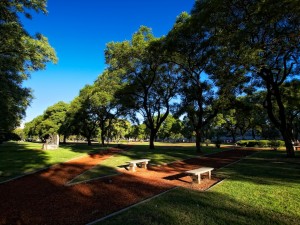 I returned to Buenos Aires this April after being away 4 years. I was lucky with the weather and on the few occasions I took out my DSLR it always seemed to be perfect, most of the shots here have not had a great deal done to them, the most drastic effect being a tonal enhancement that is apparent in the cemetery shots.

I had taken quite a lot of camera equipment with me because I intended to search out some work or projects to do, but after a lot of inconclusive interviews with wedding planners and a lot more social activity than I expected (yes, there was a girl driving the dream and ironically it was this that may have undone it). I got distracted, which in some ways is a shame, as I am really determined to make my trips pay in some way (especially after the success of the NYC/Ogilvy pictures).

I am still thinking of things I could do if I go back to Buenos Aires, I want to find contacts and opportunities there, it was; after all my home for almost 5 years and I am always happy to have an excuse to go back.

Regarding the cemetery that features here, well what can I say? Everyone always talks about Recoleta cemetery, which is very cute blah, blah, blah, but Characita is something else, apart from the sheer size of the place, it encompasses a range of different styles and ways to deal with the dead that is quite fascinating. From the Recoleta style tombs of the rich, to the traditional wall burials, which include a very ominous modernistic/militaristic underground complex that feels like a cross between a nuclear bunker and block housing usually built for workers, except these blocks of flats are like mirror images and are underground. I find the potential for metaphors and conceits about these places never-ending.

What really struck me whilst there this time was how it is falling to pieces in many places, the older buildings, using the wall burial technique ,are managing this in a more elegiac manner, but the modern bunkers are suffering that fate of all badly made concrete structures and is quite simply depressing, it made me think how the arrogance of the politicians/juntas that commission such works, thought little about the dead and more about with their own grandiose dreams immortality.

And like all such arrogance, the reality of political change, corruption and economic collapse leaves only a testament to their vanity; a concrete memento to ego.