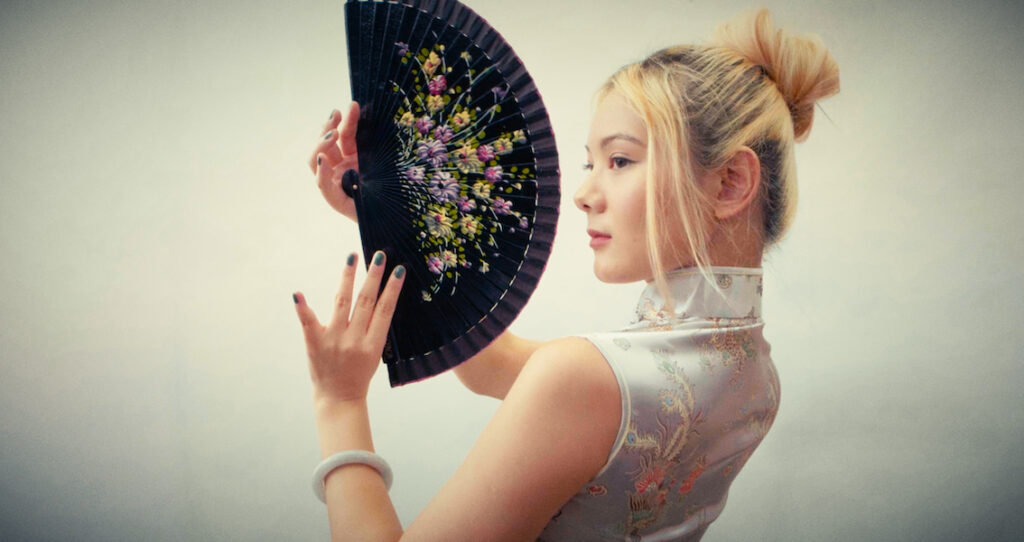 She is in the fashion business and to destress and for fun started painting little paintings she was soon selling on the internet.

Through her connections from work in China, she found a client who wanted to put her artwork onto tee-shirts.

This is where I come in. Her husband Andrew was going to photograph them and I was going to do a BHT (behind the scenes). Also some short videos of examples for the website.

Viviana had 2 models for the day. One was a very lively Italian girl and another a Chinese girl who was really into traditional Chinese dance.

At the end of the day, I did some quick shots of her dancing and actually rather liked the results. I had done some post-production effects In Davinci Resolve which worked rather well. Video here.

The event was an excuse to experiment some more with my Blackmagic Pocket Cinema 4K camera. It now has a new cinema-style lens and takes some getting used to.

I have done 2 jobs recently and realise I need an EVF to make the camera usable. In many situations a monitor in bright light is useless.

Anyway back to the shoot. all went well and behind the scenes was not too bad, but I personally really like the little video I did of Isabelle (Qing Zhang). I found a look I wanted that was subtle and she sent me some music which was the icing on the cake.

What i like about shooting film is that I gravitate to a lighting style that is distinctive from the photography style I drift into. Because I use flash the look can end up being very dramatic and saturated.

It’s good to tone it down a bit.

The videos can be seen here.