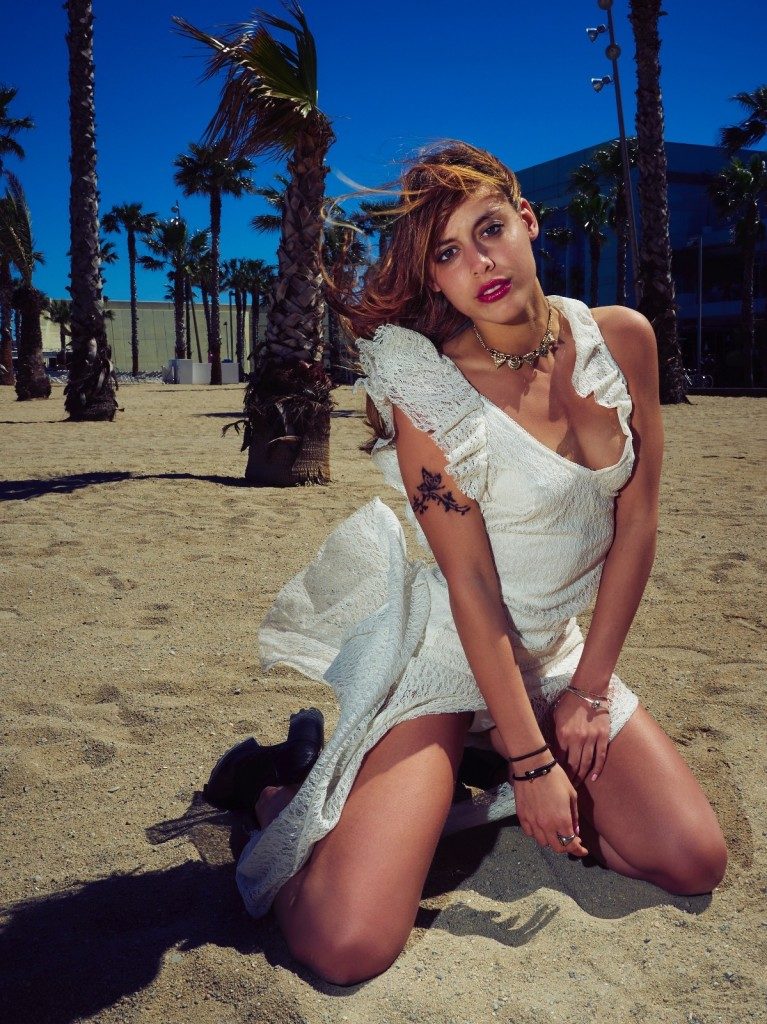 ‘And God created woman…’ is a famous film starring Brigitte Bardot and one uneventful day I got a message from a girl who could quite easily reprise the role.

I quite often get messages from models looking for collaborations of some sort.

If I don’t have something in mind I often rely on my next response to determine whether they might be good to work with or not; I ask them “have you got any ideas?”

An awful lot give a response that basically says “but I’m a model!” meaning they just expect to turn up and pose… This is Barcelona people! There are lots of models here and it does not hurt to get a little more involved in a project and pull your weight, especially if its not for a paying client; we all have to sometimes wear more than one hat, at times like this, if we want to get something done.

I have several bad experiences of models and make-up artists cancelling for ridiculous at the last minute for work like this and even had a no-show one time for a job with for an accessory company that actually paid good money.

Anyway… Asia sent me a text and when I asked the question she had it all planned out, so hats off to her and the job was on.

We met at her hotel and headed for the beach, first stop was Mamarosa near the W Hotel, I had used this spot before, last summer, but on this day the wind was ferocious and without an assistant setting up my preferred lighting was impossible, I ended up hand holding the flash a lot of the time, regardless of the compromises we got some decent shots, but decided to find something with less hurricane season ambience, so next stop Bogatel which tend to be more sheltered from winds sweeping in from the interior.

Asia was determined to take the dress into the sea even though it is still quite cold this time of year, the only trouble was she wanted me in the sea as well, so camera in one hand, a flash in the other and trousers rolled up as high as they would go, I waded in hoping not to take a plunge.

We got a few shots and then decided on a little break she promptly lay down and dozed off. At first I was restless to be doing something, but soon settled into beach life and chilled out.

There was a bunch of riotous Spanish girls nearby having a good time, bravely plunging into the icy sea, the fun was infectious and even if the sea was cold the effect was kind of heart-warming.

Eventually her majesty awoke and we got down to work, The light had improved I felt and again I was satisfied with what we had, at the very end, when we packing up, I took some impromptu shoots which I quite liked, she was looking the most sweet and innocent I had ever seen her; Bardot had finally left the building.