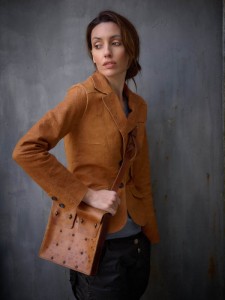 I have started to immerse myself in the programme, but a short trip interrupted the flow and I feel like I almost need to start again!

As an Aperture user in the process of migrating a couple of things I like and dislike have become apparent; If you liked Aperture’s interface then C1 with kind of look similar, but 10 times more complicated, though what I quickly learned is that you can customise it almost completely and I mean way beyond the usual toolbar configuration that is system wide in OS X.

This is really important and such versatility makes the learning curve a little easier as you can, in effect do what you might do with your modern digital cameras interface and hide away anything you don’t want.

We Aperture users are probably comfortable with the 3 tabs GUI:

And here is how Capture One Pro 8 looks:

Kind of daunting isn’t it?

I tend to be a purist with my cameras and software, so love to strip things down to the minimum, when I saw this the first time I thought ” Oh crap!” I knew I was not going to need half of it, luckily it soon became obvious you could not only kill off some of these tabs but the tools within each could be assigned any which way you liked!

So I set to work on my first draft and it now looks something like this:

I may well change this and this leads me onto the next thing I really love; being able to save the workspaces (Windows Menu) and overwrite the ones you have as you refine them! Brilliant…

I have now got three; one for basic edit/ratings on first import, another for Black and White images and of course  my Personalised one.

Another cool little feature is that ‘Q’ icon, you can create a ‘Quick Menu’ where you can have copies of any tools handy, this is great when you have a new image uploaded and you want to apply some basic adjustments, key-wording, or whatever, before going deeper into image refinement, of course these tools are in essence just references to the originals so any changes here will show up across all the other Tabs.

You could, if you wanted to, recreate almost entirely something akin to Apertures layout, save it and then, as you progressed add the tools you like, thus easing yourself into the new GUI…

…And now a couple of things to look out for.

I really, really hate how you cannot just hit a key and see the files sans corrections! Instead you have to make a ‘Variant’ and then flip between the 2, I cannot find any easy way to even assign some kind of keyboard shortcut to fix this either (you can map out, to a degree, shortcuts via the ‘Capture One’ Tab in the menu).

Seriously, I am waiting for a logical explanation for this but none has yet appeared.

Another thing I noticed today and may just be down to my ignorance is trying to delete the ‘Spot Tool’ adjustments I made, I have yet to figure how to get rid of them, but as I said this is something I am messing around with as I write.

One other minor thing an Aperture user needs to be aware of, when importing, is that it uses exactly the same Icon and name ‘Project‘ for its file structure,  but unlike in Aperture you cannot store images directly in it, so when you import you end up with an extra Album, which is in essence the entire contents of the original Project you had in Aperture. This is not too big an issue but just make sure you do not erase it if the images are not also included in at least one other album, as they maybe not be so easy to find (They are not deleted but will probably only show up in the ‘All Images‘ section which has everything in it).

Join the discussion and tell us your opinion.

Thanks very much for your thoughts here. Another point you might want to note is that when you import an Aperture library to Capture One, it brings in only the image format that is the main source. I use RAW + JPEG in my camera and import to Aperture with JPEG as the main format. But Capture One will import only the JPEG with the Aperture library. Now I’m trying a completely RAW libray (I’m duplicating the 30Gb library and I’ll change it over to RAW completely) to import to Capture One; I’ll report back, if you’re interested.

Hi there, thanks for that. I am late in replying as my site has been redesigned and had all sorts of changes so I assumed no one would be on it!

That is an interesting discovery, I was trying to import some jpegs recently into C1 and could not do it but I think I may have been doing something wrong and it was a hectic day.