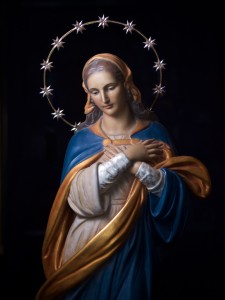 This is for the December issue of a magazine, and the article is about the tradition of Pessebres here in Catalunya, traditional nativity scenes which also often include the Caganers which did not feature in this particular article, but if you don’t know what they are, look it up, it might seem outrageous at first but trust me it is totally legitimate  and very traditional.

Back to this story then. I did 2 different shoots one was at a workshop where people make the scenery for the Pessebres and will have an exhibition of their finished pieces in December, due to deadlines for the magazine I arrived when it was still early days so there was nothing to see in the way of finished work, but still it was a fun evening, the people very accommodating and as always here in Spain/Catalunya it is always a pleasant surprise to see old and young together that is maybe not so common in the UK.

The second place was a shop/workshop called Reixach-Campanyà which is a family run business that has been around along time. here too the people were very nice and seemed to be having a ball quite frankly. they make and sell all sorts of  figurines from the very small to the almost life size ones (see above). I photographed the larger just like I would a person with the added benefit that they don’t get nervous or impatient. The biggest problem was getting the background to go to black, when in fact we were in a fairly well lit shop, I managed to find some dark material for one of the figures but for the others it was just a matter of  getting ambient exposure way down and them being careful the flash did not spill, hence getting it as close as possible; I was also using a shoot through brolly.