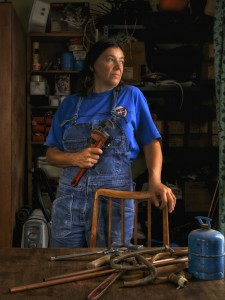 I realise I am behind in posts and it seems like a good idea to do one covering the interview photos I take every month.

I have said this before, that doing these is not going to make me rich, but I do get to meet people, who for the most part, are interesting and quite a few either become friends or clients.

Included in this selection is a photo of Mad who was a friend before and we later did a shoot that was pretty successful.

Also in here is an image of Julian who became a friend and a client and we have had quite a few long nights out at a favourite cocktail bar,  I have also photographed his theatrical productions.

Kostas was also fun to photograph and I am still looking forward to trying his restaurant some day soon.

The photo pictured above is the latest and I have just returned from a trip to Hong Kong so used it as an excuse to try out one of the new light modifiers I had bought there (along with a new camera and lenses). I wanted to try and reprise a look I used last year of Pablo, who became a friend as well.

I guess you could say the aim is to try and mimic the quality of old masters, I would never claim to be the first to try this and a lot more people have achieved something more faithful to the original, but for me it was always just a starting point, so I was never slavishly sticking to the ideal.

So, in one post I have managed to incorporate 8 months of work! A cheat I know, but I really need to catch up so it will have to do.