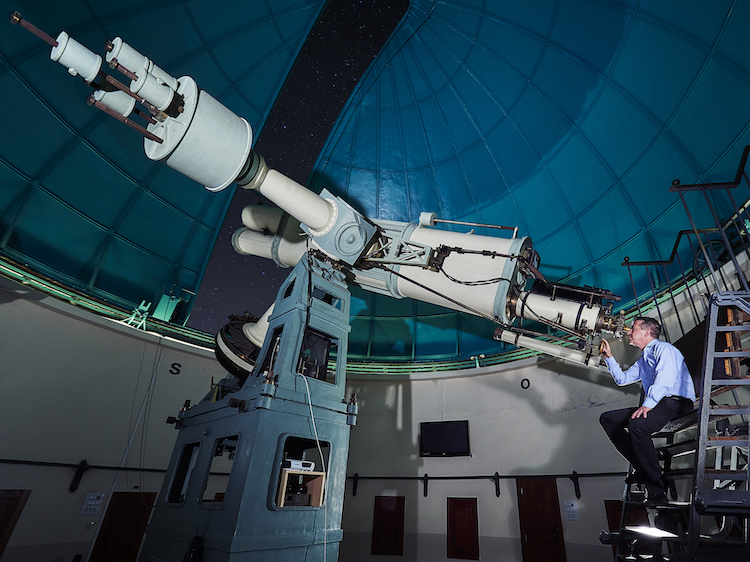 The beach seemed as good as a place as any to start the job. Jordi Petriz was the subject.The theme was where he liked to go when not in the laboratory… I really was hoping to spend time in the laboratory, the potential for over-the-top lighting and all that tech. Hey ho.

The client was Thermofisher. The shoot was one of a series they have done called Meet the Innovators. I had about 2 days with Jordi and we quickly agreed on locations, the prize was the Fabra observatory on Tibidabo. We would get exclusive access to in the morning.

The other places were not too bad either.

I knew the first shots on Badalona beach would be just warm up shots. Next we went to a sports club overlooking the sea and then into the woods near the institute where he works at Can Ruti hospital.

No images were  supposed to do anything at the place he works but I could not resist taking a look and we got one decent portrait shoot where I managed to disguise the location by carful use of some big plants in the lobby.

We then headed to the hills to fake him birdwatching which is another hobby he has.

I quite liked the shots we got there, the theatrical lighting worked well with the colours. Shame they never used any of them.

Last shots of the day I took were in a favourite bar. Not my favourites and of course they used one of them.

The next day was the shoot I was most excited by, a chance to break out all the flashes to light a large telescope.

Jordi is now perched 5 metres in the air, pretending to look through a telescope that is not turned on. I had to admire his patience.

It was a bright and sunny morning and I wanted to fake it was night, the were doors were open and you could see a starry night (that part would come later in post-production.

I did not have an assistant so scuttled around adjusting lights for ages before I got something that worked. 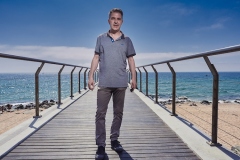 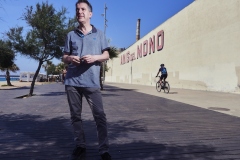 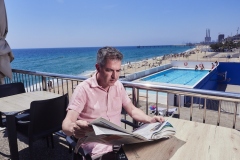 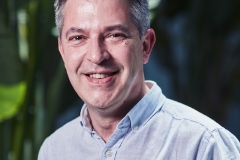 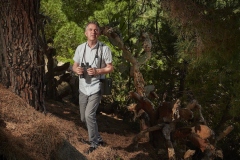 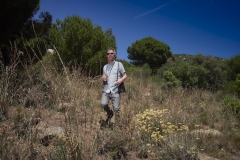 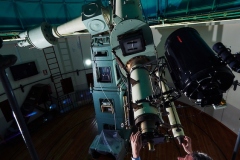 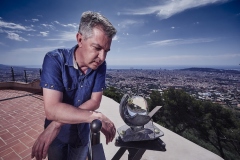 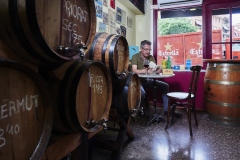