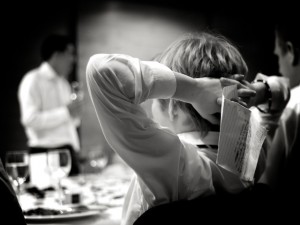 they were a cool couple, as soon as I entered the bedroom where the bride and her friends were getting ready I could see there would be plenty of scope for good pictures. I would not say they were tipsy but they were definitely lively and getting into the spirit of things. Kristy and her friends are strong personalities,  she is Australian and they are a mix of American and Swedish I believe.

Jose was a nice guy too, he is from Uruguay and his best man from Argentina. I learnt my Spanish in Buenos Aires and pronounce a lot of words with their particular accent, for them having a British photographer speaking Spanish with the accent of a Porteño was highly  amusing and later when trying to organise the family for shots proved quite useful.

As to shooting on digital well it was a revelation, so much of the uncertainties of using film and flash are non existent, also the cost restraints on shooting are removed, even when shooting digital for myself I tend to be quite parsimonious with usage which is in part a vestige of shooting with film but more so the habit of preferring to anticipate the shot rather than rely on luck.

A wedding though is definitely a situation where it pays to shoot more images, especially when using flash, you should always have both eyes open so you can see outside of the viewfinder as well, as this aids anticipation, if a lot of people are moving around frenetically you learn to predict compositions that could  form in your field of view.