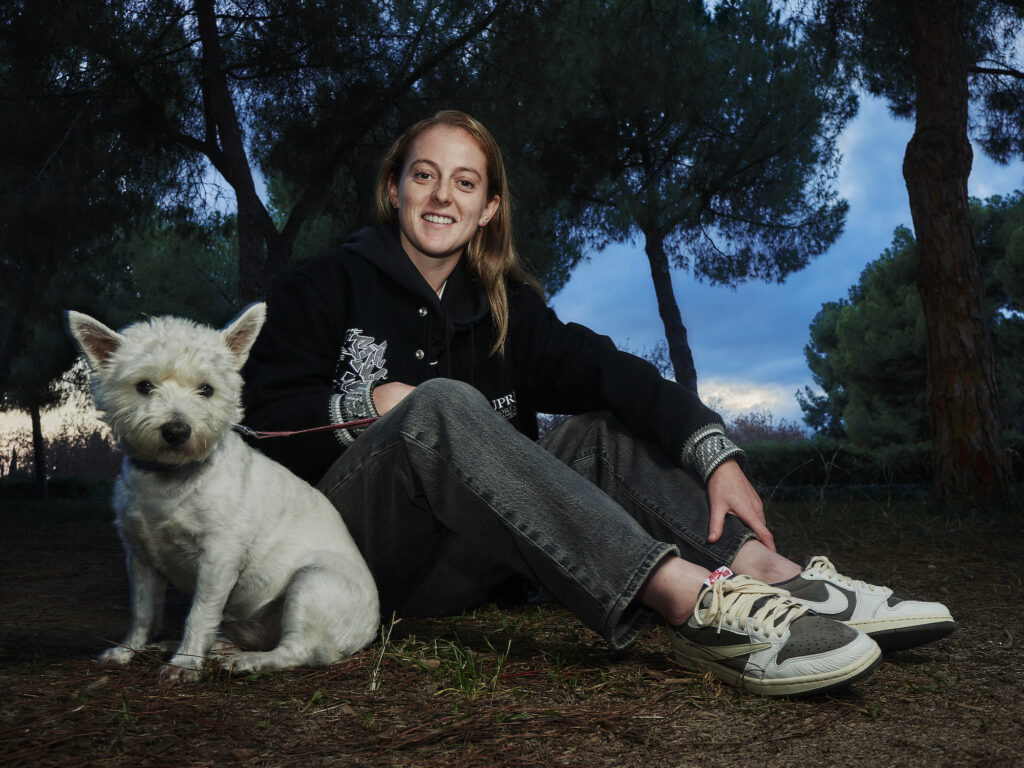 The Sunday Times to the rescue… one of the Lionesses, Kiera Walsh, now plays for Barcelona FC and I got the chance to photograph her.

The job took a lot more emailing and arranging than is normal. The deadline of a Christmas publication, and my first flight out of the country in 3 years were looming.

Eventually I pinned her down to a day and time via her agent.

She recommended a park out near the Barca training ground. It was a lovely day but the light was fading fast. I got there early which is always a good idea because I discovered the park was closed.

It then turned out she was on the other side where a small park was open.

A bit of a shame as I had found a great second option. It was wooded and on a hill so the sun was still working its magic.

The place where I found her and her dog Naria was not so interesting, but this is often the way. A photographers work compromises and precious little time to do what you would really like.

In the end I found her to be quite nice and normal. I had picked up a vide from our previous dealing that maybe she was not too keen to do the shoot or might be some kind of prima donna.

No. Just a young woman from Manchester, probably still bit overawed by her career trajectory. I think I read her transfer fee was the biggest in women’s football.

So, for this shoot I tried something different, I discovered that one of my Godox flashes has a handy trick. Basically it can act as the transmitter so I could shoot with 2 flashes.

This is handy as you get to do drastic stuff with the off-camera flash and then fill on-axis with the one on the camera.

In the end I got some pics I rather liked. Still not sure what the The Times Magazine used; it’s never the one you think is best.