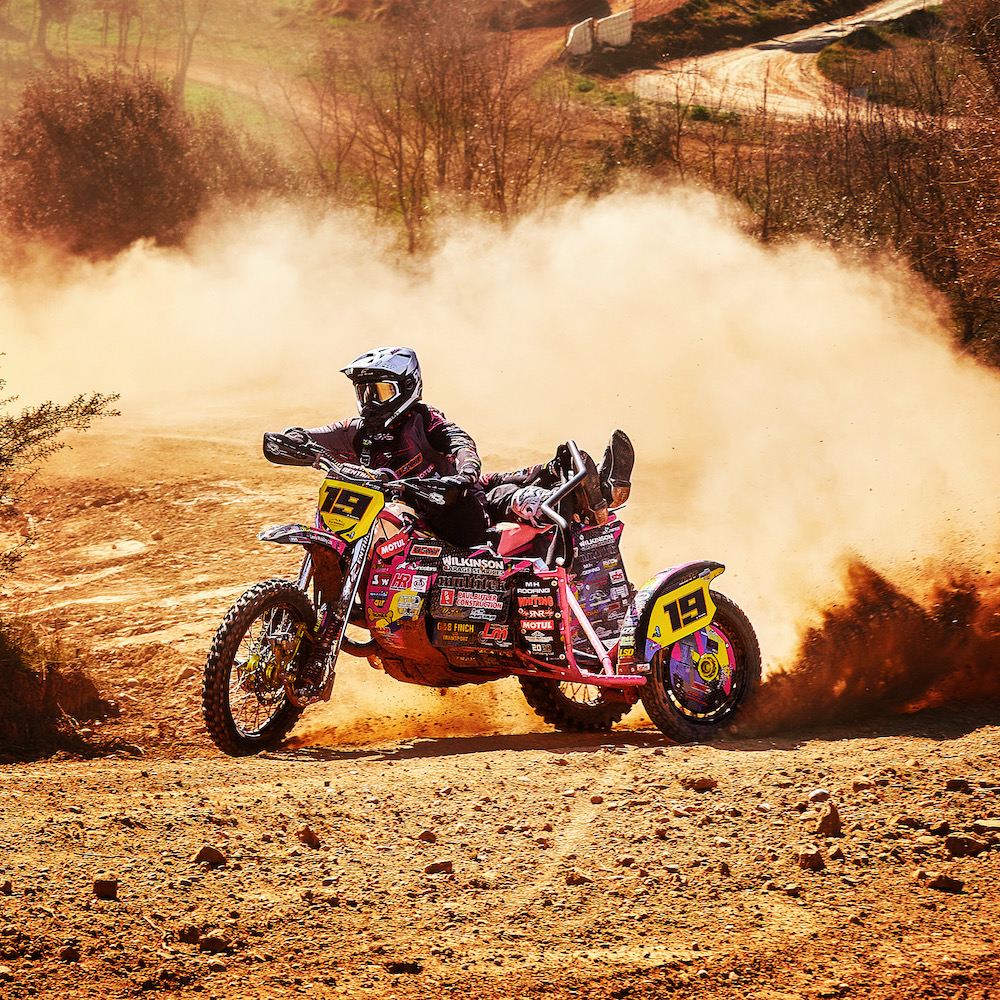 Though most people could not travel in early 2020, some people including pro sports types could.

So one day we made a trip into the middle of the Catalan Countryside to film Motocross.

Well, a special kind of motocross that involves special bikes with sidecars.

It is a niche sport that was more popular in the past. His father used to race and was famous. These days he seemed quite happy to whizz around on an electric mountain bike he had brought along for fun.

Brett Wilkinson arrived with his father and the hapless Maxime Cuche from France. His job it is is to hang on for grim death.

Seriously when you see the jumps they do, you have to ask why be the passenger in this Uber ride from hell.

He seemed like a happy guy and assured us he enjoyed it. Hmmm…

As this was a training session we were able to get some set up shots as well towards the end of the day.

The weather was fantastic. It almost felt like being in Switzerland with the greenery and the mountains in the background covered in snow.

The peace and harmony occasionally displaced because of screaming of 2 stroke engines, but it was a paying gig so you can’t complain.

We started by scouting out good locations as there was a time limit and only so many places you can be at once.

Getting shots from close up was relatively easy if not risky, because a  lot of stones and the like get kicked up and dust. A lot of dust.

He wanted us to reproduce one in particular, but this was shot during a different season at a different hour.