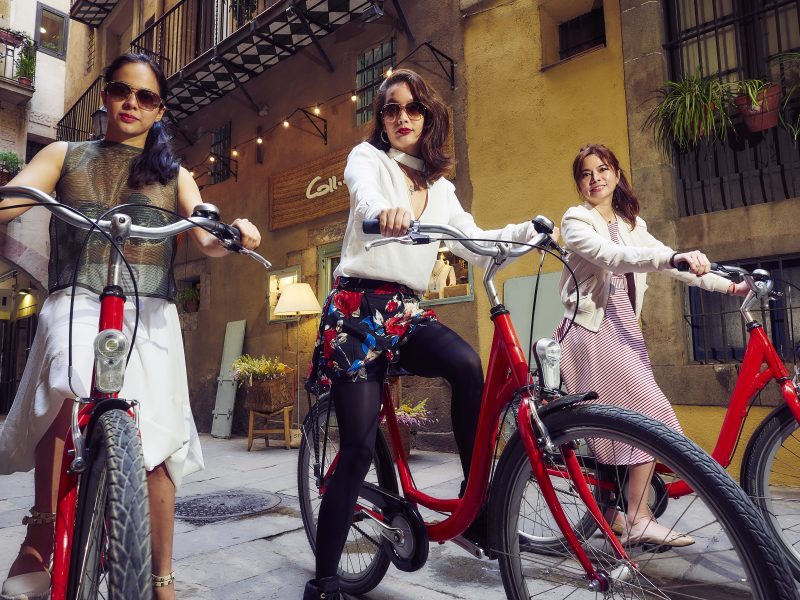 It happens occasionally that you get clients who don’t want to spend their day out using selfie-sticks, preferring instead, have someone take the photos for them.

It is hard to work out the progression of photography in this regard; in the old days you went on holiday, took photos and sometimes got a stranger to take photos of you.

Then came selfie-sticks and with the ubiquitous nature of digital photography you end up with a perfect storm of endless picture taking and people waving selfie-sticks around.

It is easy to be dismissive but is it just? If you did not have selfie-sticks or backward facing cameras would tourists sites instead be full of foreigners asking other tourists, or locals, to take photos of them?

Is that be better or worse?

The thing that bothers most people who aren’t ‘stickers’ is the narcissistic quality of it. Personally I don’t understand the need to stick yourself in front of every monument. You took the photos so I am willing to believe you were actually there.

I remember years and years ago as a kid musing that one day people would not even bother going on holiday but would send robots to just go and take the photos for them.

This was when I was very young and the news was full of bemused people talking about the phenomena of tourists from Japan doing Europe in 2 weeks by coach.

It seemed like a kind of stressful holiday to me and seemed to miss the point, but “hey” I said, “if you just need to collect places, like people collect stamps, maybe one day, in the future robots, would be the answer.

Things changed I guess with the craze of now having yourself in the images as well, so maybe you just need to have a robot/clone that looks like you, to block the view of all the monuments you were too busy to visit.

Well I digress. The point of this article is that it has become trendy and maybe a demonstration of one’s wealth to actually have a real person take the photos of you on holiday, rather than the ‘selfie-abuse’ that often comes from waving  selfie-sticks around.

I have had a few jobs like this over the last couple of years, sometimes  they are honeymooners. But most often it’s a group of friends or family; my day out with Pia and her family is an example of the latter.

I have to say I had a lot of fun, Pia, her sister and cousin were centre stage; a very matriarchal shoot, the guys were mostly in the shadows and Pia was most definitely the boss.

The event was a family trip to celebrate her birthday, when she told me her age I almost tripped over my jaw as it hit the floor; I would have pegged her as at least 10 years younger, it made for a cool mix of authority and playfulness; clients like this make your job so much easier.