I came to a conclusion a while ago that sports photography might be an ideal speciality for me. It has the advantages of fashion, hopefully without some of the problems. That is a subject for another day!

Basically, you are photographing people who look good doing interesting things and one would hope wearing colourful or dramatic clothing.

Enamoured with this idea I started asking people if they would like to collaborate. Everyone is interested. Actually getting people to commit is often an exercise in futility. Commitment has a price and it does not matter who is paying.

I finally got a project off the ground with a client who was willing to pay. He wanted images for his website.

Originally from Germany, Robert Hempel spent 17 years travelling and training around the world,  before settling in Barcelona. He offered a variety of courses and we were working together taking images of one of his female only classes.

There were challenges regarding the location as we were outside on a sunny day. I always like to use flash lighting to create impact and drama and also it is often essential to kill the strong shadows the sun creates.

The other issue is trying to avoid a back ground that is distracting.

The usual starting point for lighting such a shoot is how do you want to use the sun? Maybe you don’t?

It can be your friend or a pain in the neck.

Next up is the your flash. If you are dealing with a single subject, more or less in the same place, then one will usually suffice.

If you have a few people and/or a lot of movement, common with sports, then a second one is highly advisable, often close to 180 angle to the first.

In this scenario the sun is likely relegated to fill and can largely be forgotten. It main influence is most likely going to be how saturated the sky is, you will always want to avoid people looking towards it as it is uncomfortable and they may squint too much. 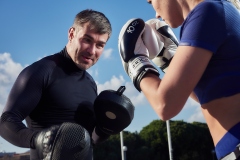 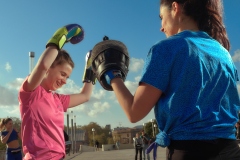 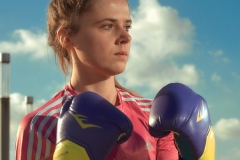 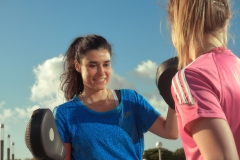 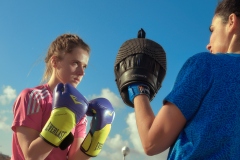 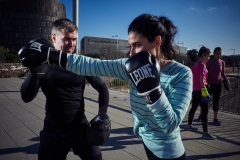 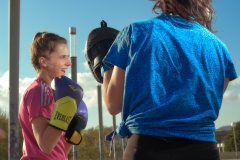 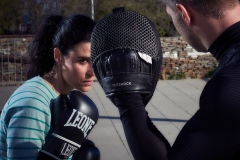 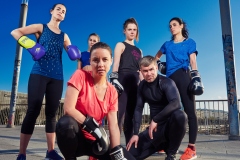 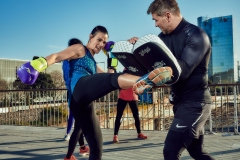 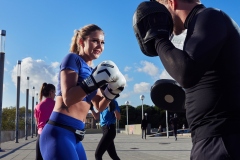 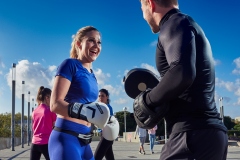