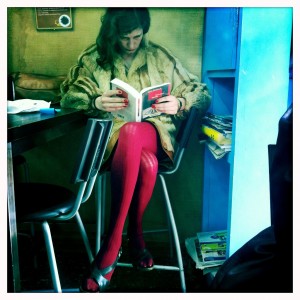 I have decided to do a post dedicated to retro style images usually caught on todays smart phones using special apps. I use Hipstamatic quite a lot and love the effects it can produce, I started using it maybe 2 years ago. After experimenting I soon found a combination of camera and film type I liked and have stuck with it, I also learned through trial and error what works and what does not, so that nowadays I can usually decided before taking a shot whether the normal camera or the ‘effects’ camera is best suited for the job.

For me there is first the issue of technical limitations, the effects app is fairly limited in its ability to deal with extreme light conditions and does not fair well in overly contrasty situations or where it is too dark. Also there is the subject matter and this is somewhat more subjective but having seen innumerable posts on face book and other places think it is not too hard to figure out what works and what does not.

Unfortunately a lot of people do not discriminate and the end result is a web saturated in mediocre subject matter rendered with a patina of faux nostalgia curtesy of these apps. I think they are diluting and ruining the potential for  people to encounter worthwhile images, This is a shame and in many ways reflects the trouble with digital photography and the modern web; the tsunami of images posted these days means anything of worth has little chance of staying afloat for long in the consciences of web users assuming they ever manage to surface at all.

Recently I saw a newspaper article about war photographers and it included someone who used his iPhone, nothing wrong with that I guess, except the shots were all shot using some faux affect app like Hipstamatic! I was incensed, since when did something like a war need dressing up, surely such images serve the world better being as realistic as possible, instead of being rendered in the hues of some nostalgic bygone era. Once again I was apoplectic with incomprehension, not least because these apps also slow down the picture taking process and have a pretty limited capacity as I mentioned earlier. I also thought the images were mediocre even with the effects added.

So, in short, this is a blog that I doubt will get read that much but it makes me feel better having written it and to reiterate I would like to say stop using the effects without rhyme or reason! Also a crap shot still is a crap shot using these effects, the only difference is that it looks like an old crap shot.