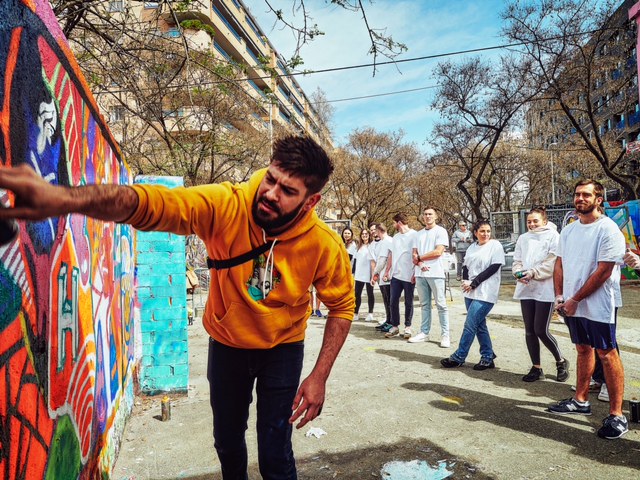 The Client was Humaans.

After a few quiet months a decent job! and for Humaans.  Not a typo, its a company name.

You can only rely on foreign companies to pay anything half way decent, the local market is basically for pocket money.

The job for Humaans came via a recommendation from a mother job I did back in November.

Basically they were having an offsite event and Barcelona is popular for these. Especially if you come from colder climes.

The remit was similar to a few others I have done. A load of corporate style headshots and then some more reportage style work. And is more and more common these days, video as well.

The job was split over 2 days. After the work done exclusively at the hotel the following day was a kind of team building event. We went to a part of Barcelona I am not so familiar with but which kind of reminded me a little of Berlin.

Which is probably why the team building event was a session of learning how to do graffiti.

Not an obvious choice but in the end a successful one.

I have learned that mixing video and photography on one camera is a pain in the neck. Too many settings have to be altered because of this. Maybe there is an easier way, I really need to find out. Otherwise 2 cameras is the best option but also a pain in the neck.

The other issue is also if you want to use any lights. Flash is pretty straight forward in the day, but LED lighting for filming would be pretty hard. The units tend to be much bigger if you want any decent output.

So basically the guys doing graffiti have a place at Nau Bostik, a kind of cultural centre, museum.

Like I said, not a part of town I know so well and so probably worth a revisit. 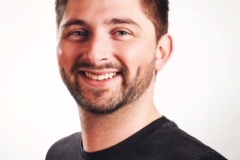 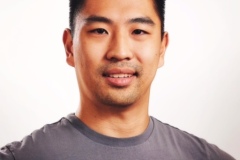 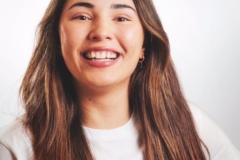 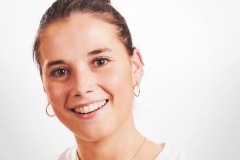 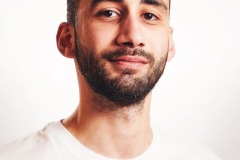